IT'S A DELICATE BALANCING ACT.

The Berejiklian government is stalling on some of Sydney’s largest residential development schemes, torn between a desire to increase housing supply and community concerns about over-development.

After nominating housing affordability as her foremost priority as Premier on her first day, Gladys Berejiklian’s government is increasingly either deferring, or referring to councils, initiatives it had recently declared critical to boosting the supply of affordable dwellings in the city. 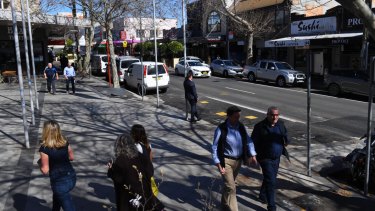 One example is the lack of recent movement on so-called planned precincts – once dubbed “priority precincts” and before that, “urban activation precincts” – in which higher-density housing would be partly master-planned by the state.

In the Premier’s north shore heartland, for instance, a plan for increased development around St Leonards and Crows Nest was to have been available for community consultation early this year but has remained unreleased.

No public information has been provided on another planned precinct proposed for Anzac Parade last year; a Frenchs Forest precinct is running behind schedule; there has been no discernible progress made on long-delayed plans around Sydney Olympic Park; a clutch of development schemes in the inner west have been referred to councils; and in Ryde, where local MP Victor Dominello is particularly sensitive about development, new residential planning proposals have been suspended for two years.

Chris Johnson, from the property developer group Urban Taskforce, said he had a meeting in the past fortnight with developers and the Department of Planning and Environment about the delays.

“Quite a number of our members have got big concerns about progress in planned precincts where they were expecting the government to be having fairly speeding planning approval processes but in many areas across Sydney they are finding planning is on hold,” Mr Johnson said.

“I think the mood of the meeting was such that it appeared there were higher order decisions being made than from the staff members from the planning department.”

A plan for the St Leonards/Crows Nest precinct was to have been released early this year. “We have been waiting and waiting for the plan to be released,” said Pam Palmer, the mayor of Lane Cove, one of three council areas that intersect with the plan that also centres on Ms Berejiklian’s seat of Willoughby.

Zoe Baker, a North Sydney councillor, said community concern about the planned precinct had been heightened by the release of a separate proposal by Sydney Metro for intensive development around a new Crows Nest metro station.

“When people looked at 27-storey towers around that, which is so far beyond what the existing controls provide for, the anxiety is: ‘Here we go, this is what we can expect right along the [Pacific] Highway',” Cr Baker said. 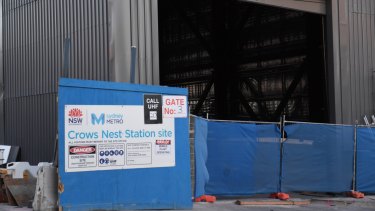 An irony of the delay to the St Leonards and Crows Nest scheme is that it has arguably slowed some of the planning changes that had been developed by local councils.

However, not all the delays are directly attributable to the government. A planned precinct at Frenchs Forest, which also was to be on public exhibition early this year, has been slowed by the Northern Beaches Council’s request for more consultation, said the council’s mayor, Michael Regan.

“If anything, council probably was partly responsible for any perceived delays in that we wanted to explore the options. A few different options around what it might look like,” Cr Regan said.

'Faster than some would like': The Sydney councils surging past housing targets

And in Rhodes East, the site of another precinct, the majority land-owner in the area, Billbergia Group, has praised the government for taking the time to reconsider plans it put out a year ago.

“We are actually very happy that the government is involved in the process of revisiting the draft plan,” said Rick Graf, the development director at Billbergia.

Further west, on the Parramatta River at Olympic Park, a master plan for the area that would admit tens of thousands of new properties, remains unreleased more than three years after it was meant to be developed.

The Planning and Housing Minister, Anthony Roberts, said the planned precinct program was about making sure growth was managed in a co-ordinated way.

“We’ve always said that the success of the program relied on sound research and collaboration – with local councils, communities and other stakeholders – and this process takes time,” Mr Roberts said.

As well as Frenchs Forest and St Leonards and Crows Nest, Mr Roberts said the government was “also working closely with local councils to inform plans for Burwood, Homebush and Strathfield Precincts, which we will update as progress continues”.

The government has already suspended for a year a program to make it easier for landowners to build medium-density dwellings for the vast majority of Sydney councils, with Ryde Council granted a two-year suspension.

And it recently handed planning powers for redevelopment schemes along the Bankstown rail line to the Inner West and Canterbury Bankstown councils.

The chief executive of the Urban Development Industry Association NSW, Steve Mann, said: “Without planned precincts we may see a return to the seven-year slump that created a 100,000 dwelling backlog.

Jacob Saulwick is City Editor at The Sydney Morning Herald.