53 Lessons from Wagga By Election

WILL PREMIER GLADYS BEREJIKLIAN AND THE NSW LIBERAL GOVERNMENT LEARN THE LESSONS FROM THE WAGGA WAGGA BY ELECTION and start to listen to the community????

The BY ELECTION Results indicate the Liberal Party's first-preference vote has halved since the last election in 2015, with an almost 30 per cent swing against it.

The leading Candidate Dr Joe McGirr told the ABC about running as a Candidate in the election and changing to a party later... I am an Independent, and I intend to continue as an Independent,"  AND THAT’s INSPIRING TO ME also as an independent. Read the story below

Over the course of the campaign, a cavalcade of fly-in-fly-out ministers have descended on Wagga –some of them coming multiple times – to announce big-ticket items, including $50 million to redevelop Tumut Hospital, $10 million for a new conservatorium of music, and $30 million for a new multi-story free car park for the Wagga base hospital.

Mr Hayes the Labor Candidate said . "You can't turn up three weeks before a byelection and try to buy that trust back. People see through that here”. (And in my opinion, they will in the Greater Liverpool Area also).

SO IF GLADYS HAS THE MONEY TO THROW AROUND TO TRY AND SAVE WHAT WAS A SAFE LIBERAL SEAT – WHY WON’T THE LIBERAL GOVERNMENT SPEND A FEW DOLLARS IN SOUTH WESTERN SYDNEY?

NSW Premier Gladys Berejiklian strolled the deserted main street of Wagga Wagga looking to persuade lunch-time crowds to give the Liberals another chance, as the safe seat tilted on a knife's edge hours before election day.

But with scarcely a voter in sight, Ms Berejiklian and Liberal candidate, Julia Ham, were left to exchange small talk while the assembled media dutifully captured their pre-planned walk through the empty streets.

“Yes, there is a possibility we may not hold the seat,” Ms Berejiklian told reporters as she delivered her final pitch for the evening news. "That's absolutely a possibility." 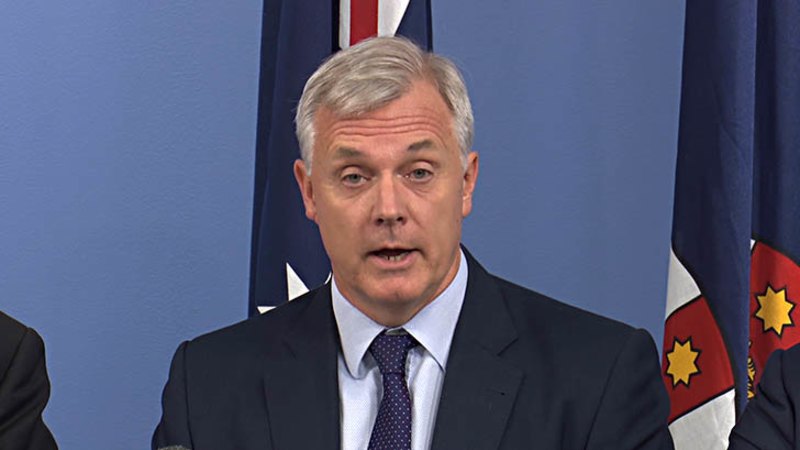 For residents of Wagga Wagga, it was unusual to have both the premier and opposition leader campaigning in their area.

While the Liberals have held Wagga Wagga for 60 years, Ms Ham, a councillor on the Snowy Mountains council who joined the party in June, does not enjoy the same profile as her main rivals – independent Joe McGirr and Labor's Dan Hayes.

Both men have contested the seat in the past, and are vying for what polling suggests will be a strong protest vote against the Liberals.

"You’ve got a lot of disaffection with major parties," Mr McGirr, a local surgeon, said. 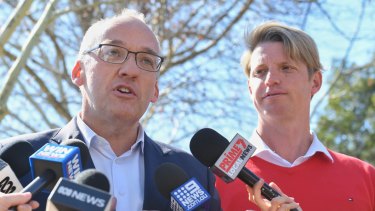 Labor leader Luke Foley was eager to paint Labor as an outside chance, while sheeting home a Liberal loss as a “catastrophic” outcome for the Premier’s leadership.

“The Liberals should never lose a seat like this. They've never looked like losing it since Eisenhower was president of the United States.”

The Liberal campaign has been firmly parked in the realm of expectations management since the byelection was called in August, triggered by the disgraced exit of former MP Daryl Maguire following a corruption inquiry.

It was then rocked by the federal government's implosion and the spectacular toppling of Malcolm Turnbull's prime ministership midway through the byelection campaign – an almost comical spanner in the works for a party seeking to repair its relationship with a disgusted electorate. 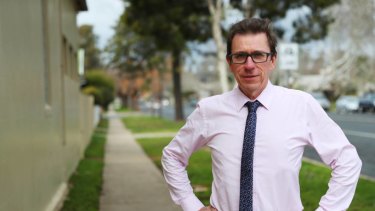 "Yes, helpful," Mr Ham said, facetiously, in a moment of levity at the pre-polling station.

"I think most people realise the Liberal party has done a lot of good in the region, and we’re very far removed from federal politics," she added.

The government's attempt to seduce the electorate with more than $100 million worth of promises appears not to have resonated, with some recent polling showing the Liberals' primary vote has plummeted as low as 24 per cent – less than half what Mr Maguire polled at the 2015 election.

ABC election analyst Antony Green said if the polling proved correct, the Liberals would almost certainly lose the seat, making it the second safe Coalition seat lost in a byelection in two years. 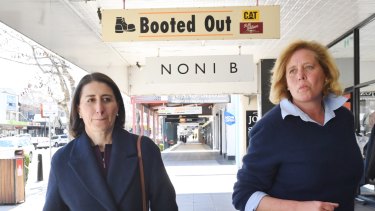 “The Nationals got 32 per cent [primary vote] in Orange [byelection] and lost. So the Liberals have got to get into the low 30s or they can’t win,” Mr Green said, predicting that the outcome would not be known on Saturday night.

“To try and win it from under 30 per cent is pretty damn hard.”

Around 10,000 people had already cast their vote by close of pre-polling on Friday – the first chance for voters anywhere in Australia to register their anger with the federal government.

Robyn, a lifelong Liberal voter aged in her 70s who did not wish to use her surname, said she had decided to "do something new" and had voted for Dr McGirr.

"It's the internal fighting. They've let us all down" she said, referring to the very public factional war among the federal Liberal party.

Mark Murphy, who also voted early on Friday, said he had backed the independent candidate "because of the Daryl Maguire situation".

"I didn't like it, it was pretty shonky what he did," Mr Murphy said.

Over the course of the campaign, a cavalcade of fly-in-fly-out ministers have descended on Wagga –some of them coming multiple times – to announce big-ticket items, including $50 million to redevelop Tumut Hospital, $10 million for a new conservatorium of music, and $30 million for a new multi-story free car park for the Wagga base hospital.

Ms Berejiklian's visit on Friday was her fifth to seat in as many weeks.

Mr Hayes is adamant voters will not be swayed by the cash-splash. "You can't turn up three weeks before a byelection and try to buy that trust back. People see through that here,” he said.