71 Nepotism the clear winner in Camden for NSW Liberals

When it comes to Party Politics WHO really picks the candidates that we vote for?

It seems it based on Connections out in the South West of Sydney where you don't have to even live in the Electorate you represent.

Consider Liverpool, Holsworthy and Wollondilly as Examples of non resident candidates at both a State and Local Council Level.

Nepotism the clear winner in Camden for NSW Liberals

The NSW Liberals are finalising their candidates for the state election in March and we are pleased to report nepotism is the clear winner in Camden.

Last week, CBD raised questions about preselection in the safe seat, where current Camden MP Chris Patterson is retiring and the only candidate running for the party’s nod is his mate, Camden Council Mayor Peter Sidgreaves.

And new party rules mean if Sidgreaves does not voluntarily pull out, no other candidates can now enter the race because nominations have long closed.

Many Liberals think it was a stitch-up.

Patterson only announced he would retire on September 28, well after nominations closed in July.

Usually, people don’t like to challenge a sitting member, but Sidgreaves had the foresight to put his name in (we hear on July 12) before Patterson revealed he was not recontesting.

Now we can reveal one of his three required referees was no less than Patterson himself. 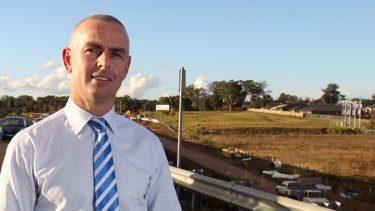 So more than two months before he announced he would retire, Patterson writes that his mate Sidgreaves would be the best Liberal candidate in Camden, even better than himself.

And who was Sidgreaves other referee?

Now Camden Young Liberals president Aaron Colley, who runs one of only two branches in the electorate, has written to the party’s management committee to demand they allow new candidates.

“This is an outrageous bypassing of democracy in our party, especially considering the significant steps toward democratic reform the party has taken to avoid such events from occurring,” he writes.

He’s threatened to boycott the rubber stamp meeting on November 1.